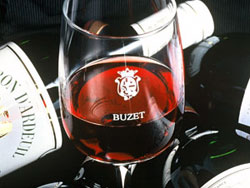 Although overshadowed by some of the greatest French wine regions in close-by Bordeaux, Bergerac, Cahors and Duras, our local Buzet does a good job of holding its head up amongst its better known brothers with Chateau Gueyze being the pick of the bunch. All of the supermarkets stock a good supply of wine, but you might want to check out the co-operative at Cave de Buzet for a special local bottle.

A guided tour is available of the Buzet co-operative. It is only about 12 km from La Bique and well worth a visit.

Tours of Bordeaux vineyards can be arranged through Caroline Matthews at Uncorked Wine Tours.

“Thanks for the lovely experience”

It was a time to find the quieter rhythm in us and we enjoyed ourselves.